While it is indeed quite late into development, which might not make sense, however it’s something to show my day to day progress. This is more important now than it was earlier on, as I’m planning on releasing the game in Q1/Q2 2018 and Cubytes is in closed development. Read the last post for more information on that.

Regardless, what have I done since the release of Alpha 7?

I moved the location of the Settings and Save files to a new location outside of the executable. It now resides in “C:\Users\YourUsername\AppData\Roaming\Godot\app_userdata\Cubytes”. This results in more of a secluded spot of placing settings, so that there’s less of a chance of someone going into the file and replace it with junk (which I am preparing for). 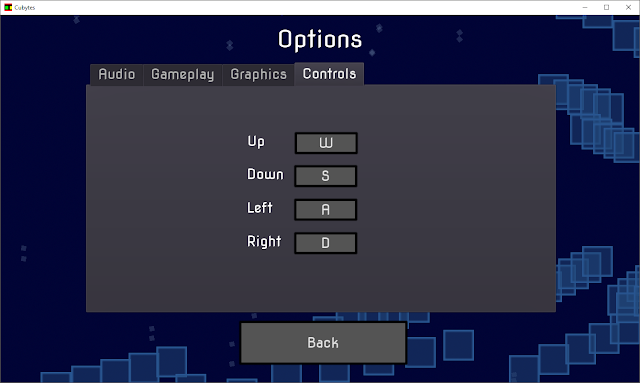 Eventually every single button / action in the game will be able to be rebinded, but this was enough of a hassle to get working, even if there is an official Godot Project detailing how to do this. (The hassle was more or less me trying to figure out how to save and load these controls… in the end I just save the scancode of the Key and call it a day.) 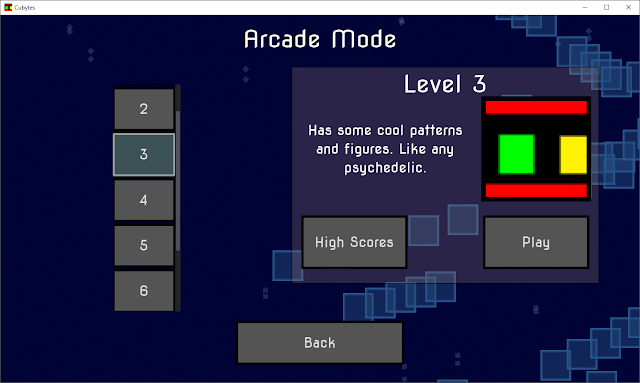 This is a bit of a small change, but I feel it improves the usability and maintenance later on. And yes it does look a little ugly. I’ll pretty it up sometime later.