Sorry for the late post! While I was going to release this a lot sooner (a couple of days after my “It’s Alive” post), I was close to completing a lot of the features that are most exciting (to me at least)! 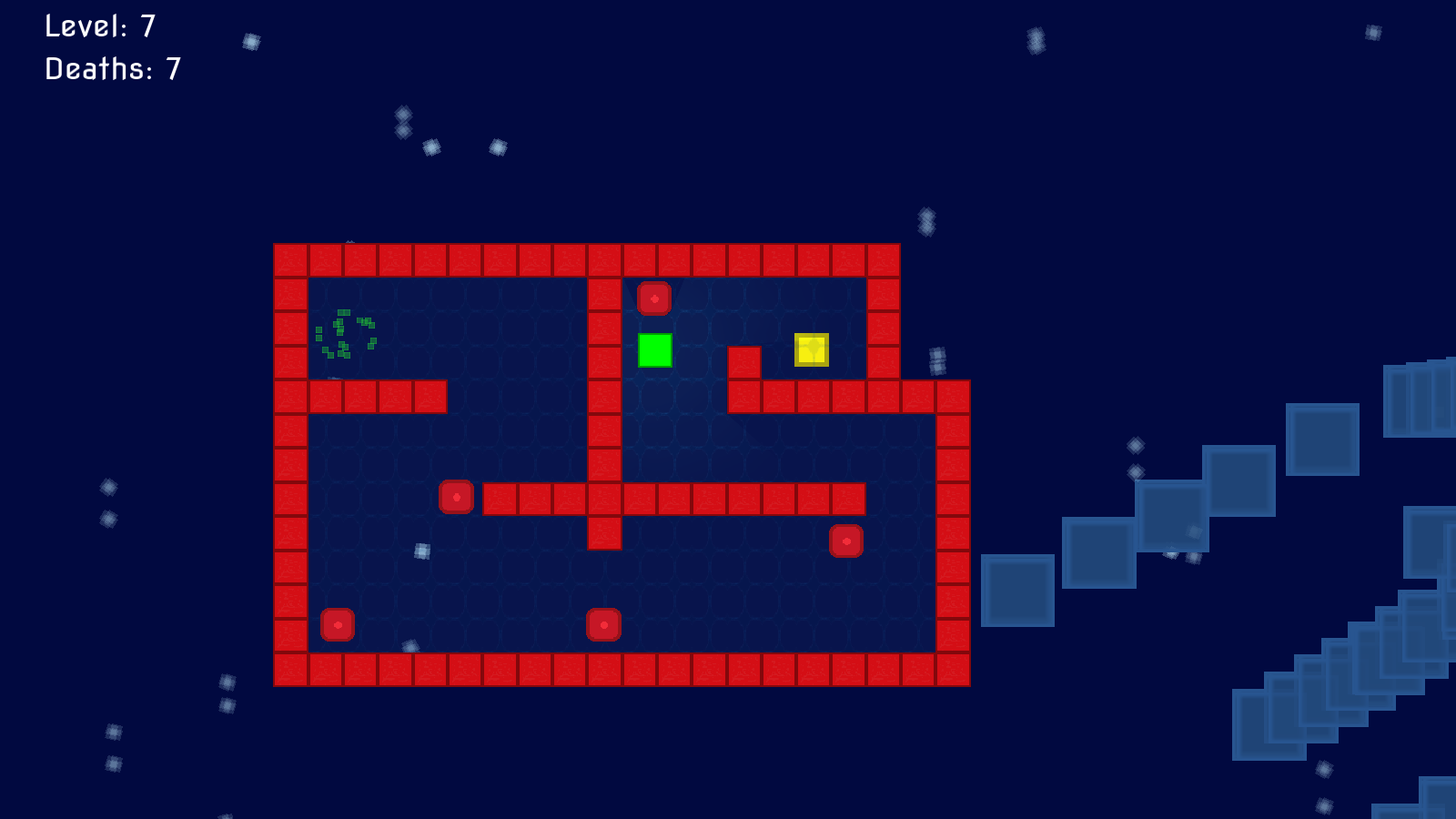 Quite a lot of early levels have been at least tweaked and more significantly been overhauled. 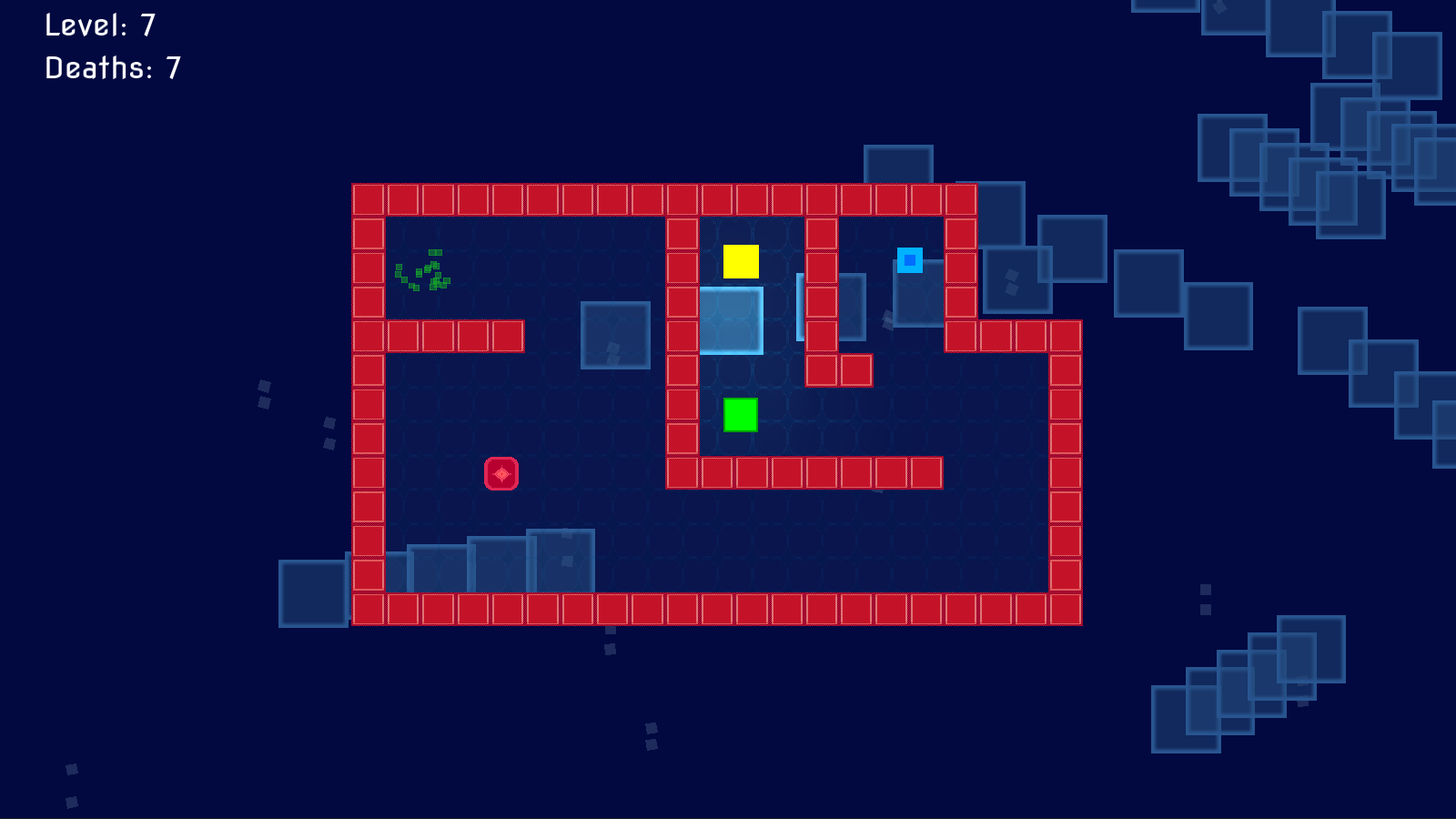 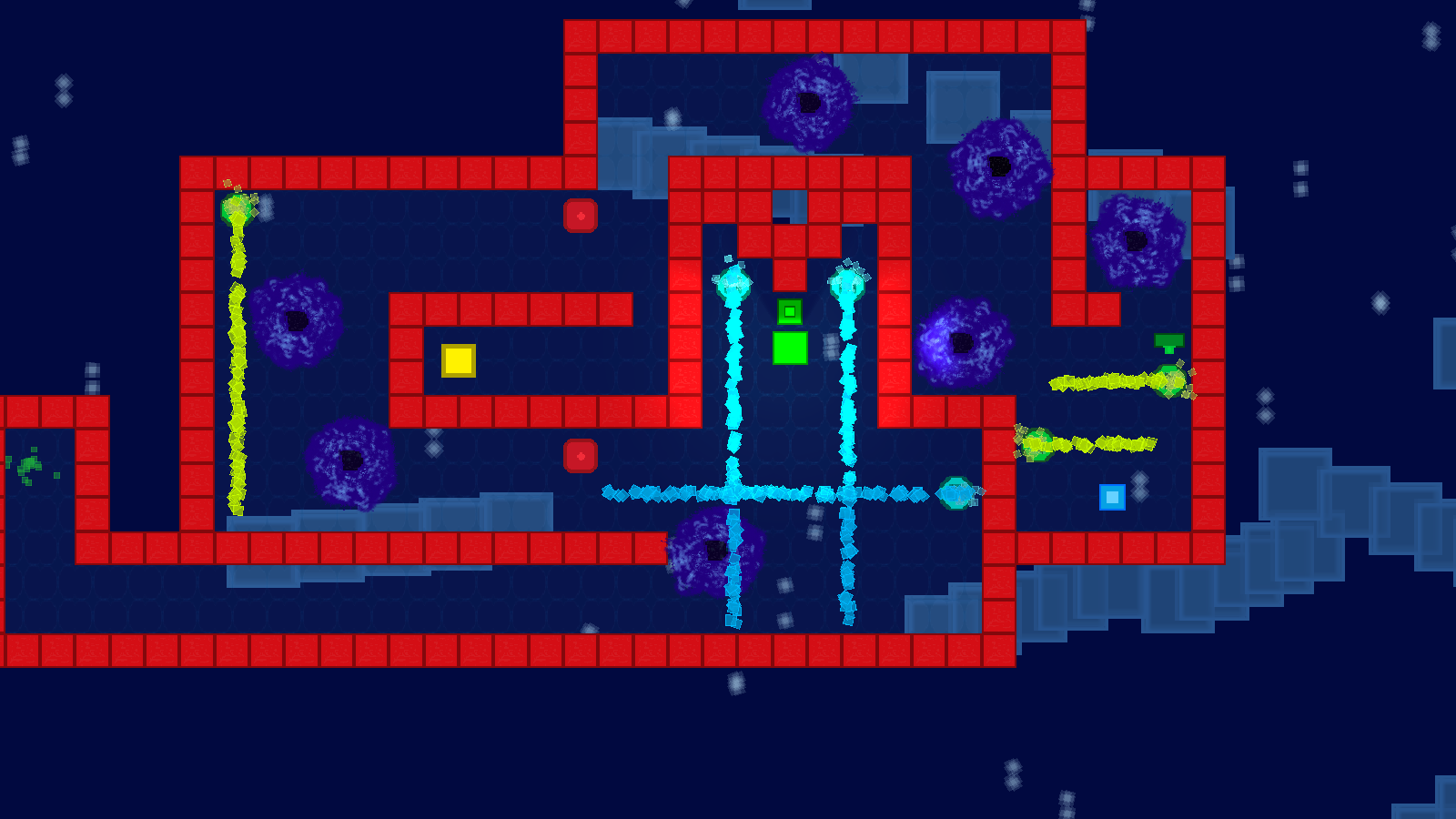 In general, the majority of the graphics has yet again been changed. The graphics of the game has always been a sort of insecurity of mine; I can’t really draw very pleasing things on paper, and I 3D Model at the pace of a sloth going across a road.

However, the one graphical asset I always liked was the Alpha 8 version of the Shrunken Qubit. I quite liked how this looked, so I re-made nearly all the graphics to have that sort of style. We’ll see if it works.

The Lasers have seen enormous upgrades in their looks. Once there was a line, a terrible line. However, that has been removed! Now, particles reign supreme.

While this change may hamper performance, I believe that the hit is worth it.

Bombs now detonate each other! The feature has always been in the back of my mind for quite some time, as ever since I implemented them I felt that they were too close in function to Walls.

Not anymore! Bombs, after a slight period of time after they go off, now detonate other bombs within a certain range. This mechanic has a great deal of potential, and I feel that it could be used in earlier levels to great effect.

During my #100DaysOfGameDev challenge, I did a lot of things (which I might summarize in a long-form fashion in a future post?), but one of the greatest accidental things I did was the Black Holes.

Basically, I implemented around 200 particles to rotate around the black hole independently around a small zone. When the Light of the Player contacts the particles, there’s actually a TON of them either behind or right next to the Light ray that hit the initial particle.

Reworked Camera (and movement too)

The camera is now much more dynamic, and instead of being in one place now follows the Qubit around fluidly and dynamically.

The camera even adapts to a shrunk Qubit!

Movement was also something that was more refined than overhauled. Defaults from Alpha 8.1 were adjusted and overall moving as the Qubit is quite a bit more of a smoother experience. 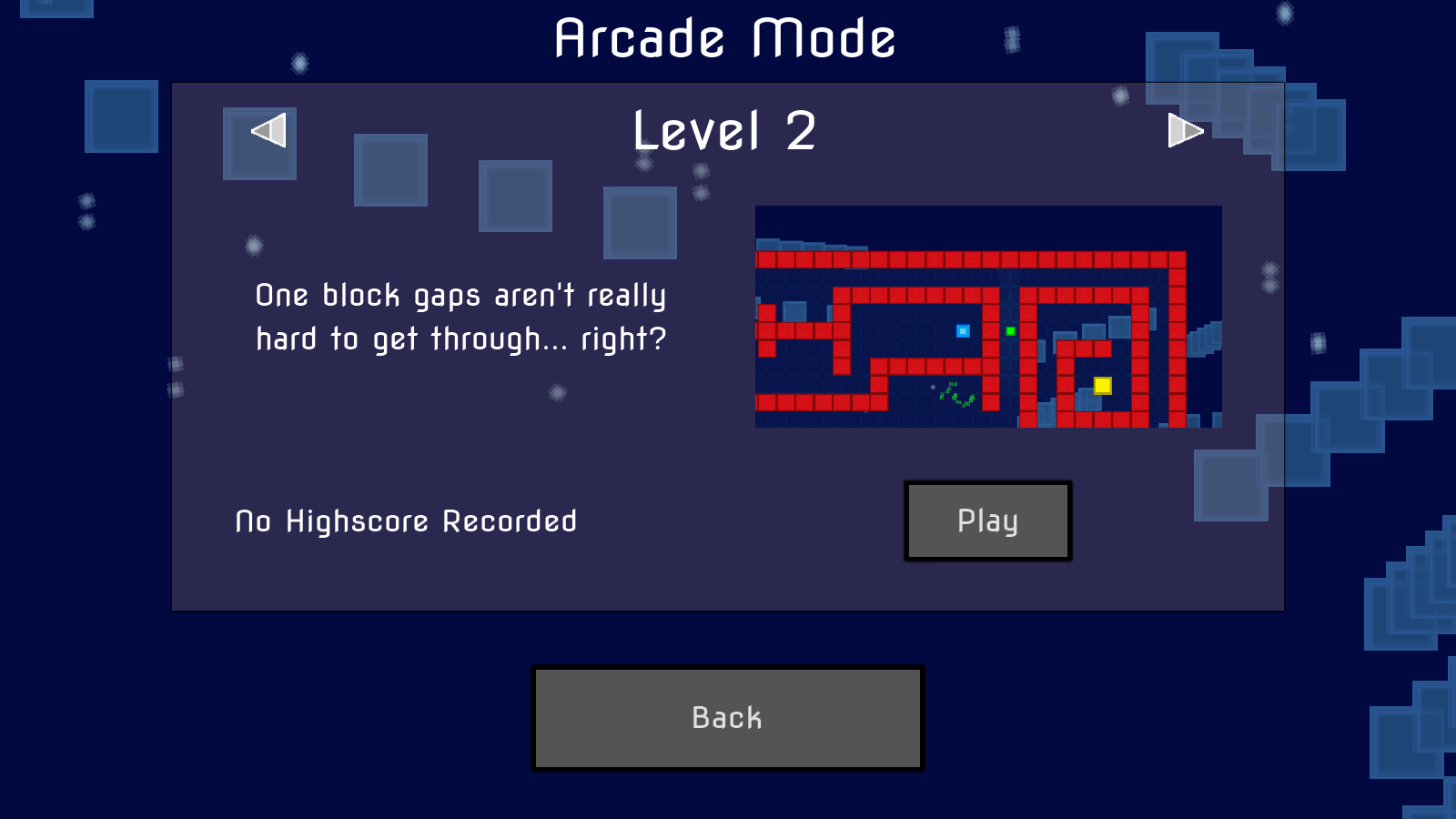 The majority of the game’s menus have been modified, or at least tweaked. The Arcade Mode menu was one that desperately needed a rework, and finally I overhauled it. I think it looks quite nice. 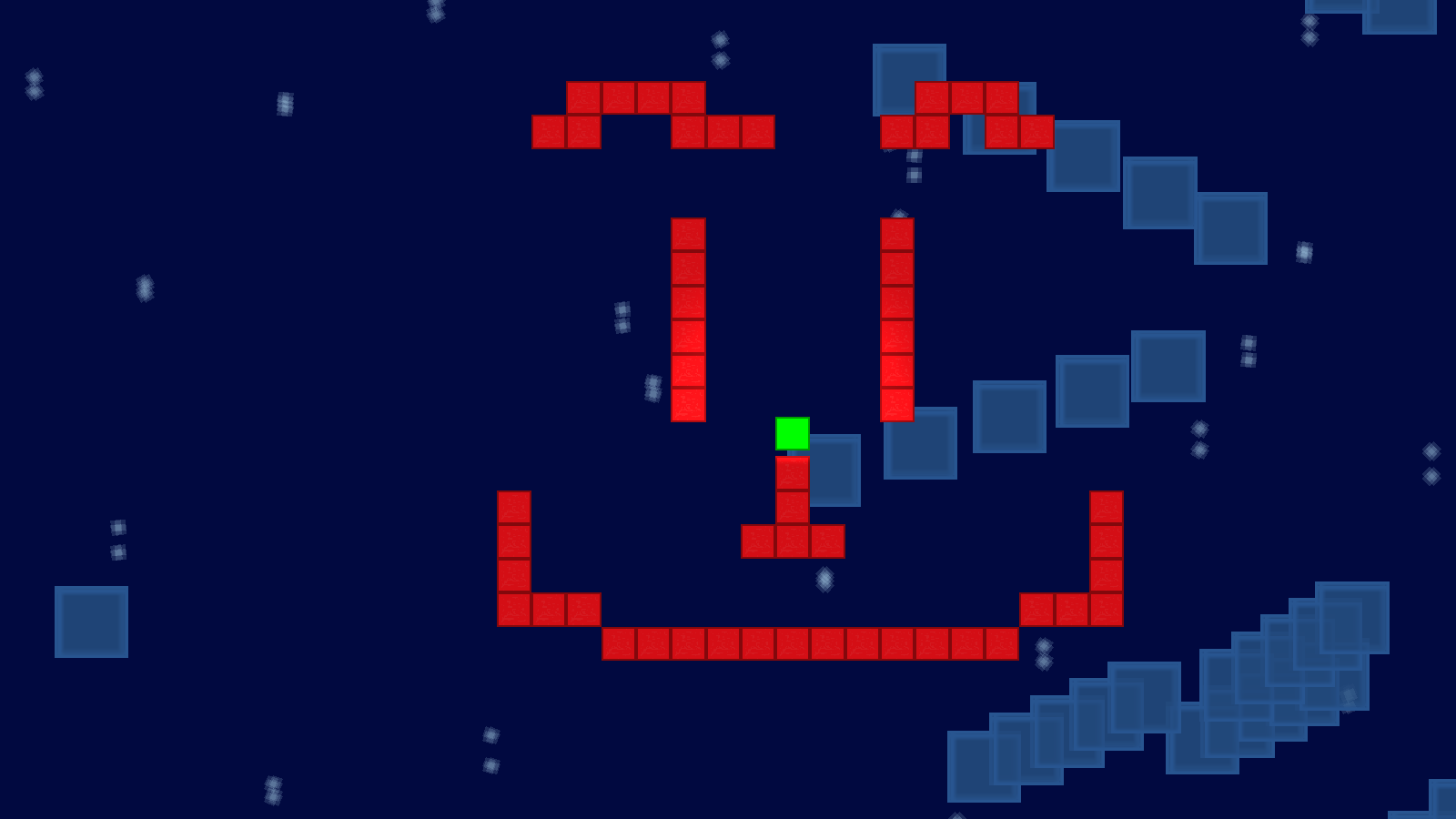 Yes, you can now take screenshots in the game! They used to be flipped on the y-axis, but I fixed it right before taking that! Horray!

Yes, but when new version pls?

There are still a couple of new features I’d like to implement, namely Distortions and Shooters. If I keep up the development pace that I’m currently at, hopefully we can release Alpha 9 by the end of March.